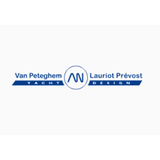 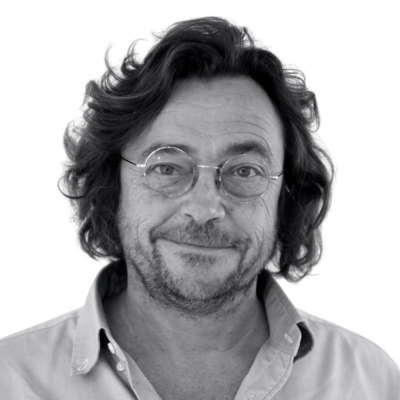 History of the brand

The founders of VPLP Design, Marc Van Peteghem and Vincent Lauriot-Prévost, met at the University of Southampton. After graduation, in 1983, they created a studio under their own names. Their first project was a 50 foot Gerard Lambert Foyle Trimaran for OSTAR.

The sailing catamaran market has moved from niche to mass, and VPLP has led the trend. In the 1990s and 2000s the studio was always at the forefront of ocean racing with orders from IDEC, Groupama, Banque Populaire, Rothschild/Gitana. «Titles such as Transat Jacques Vabre, Route du Rhum and Jules Verne Trophy are added to the» studio's medals.

Since 1984 VPLP began to develop Lagoon cruise catamarans and continues to this day, after Lagoon joined the Beneteau Group. In 2018 VPLP designed the third generation of Beneteau Figaro and participated in the creation of the new Beneteau Excess catamaran brand.

In 2007, together with Guillaume Verdier, the conquest of the IMOCA60 class began. The first projects were boats for Safran and Groupe Bel. Half of the Vendee Globe fleet soon worked with VPLP/Verdier. In 2010, VPLP won the «America»'s Cup: the BMW-Oralce USA17 trimaran wins in Valencia.

Pioneers of carbon fiber, hydrofoils and «solid» sails, VPLP Design is always one step ahead in all aspects of ship design and construction.

Today VPLP is a conglomerate of companies working in different fields: from sport boats, sailing and motor catamarans to development of software and «green» energy for commercial fleet.

There are sports yacht designers in Van, a brokerage and refit office in La Ciotat, and a central office in Paris.

Already in 1994, the studio created the L'Hydroptère hydrofoil trimaran, which broke the speed records. In 1998, the luxury catamaran Douce France (43 m) was launched, the largest at the time. In 2011, the elite Hemisphere (44th) surpasses it. Other highlights include the Banque Populaire V, Comanche, Sodebo Ultim and Macif Ultim (single world records), Banque Populaire and IMOCA60 Macif (victory in the Vendee Globe).

All megayachts by the designer "Van Peteghem Lauriot Provost " 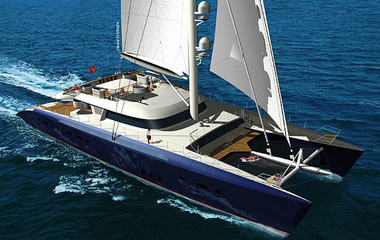 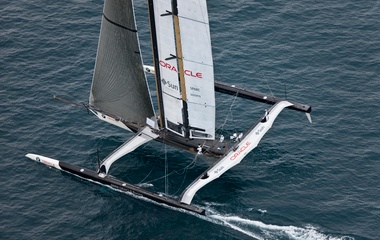 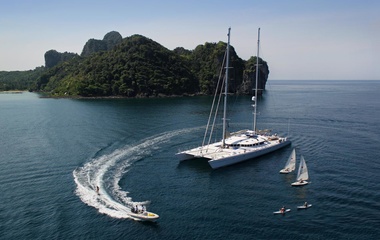