GIMS explains: novelties in the legislation on small courts in 2019

When the locks 7 and 8 will be opened, why do you need a notary power of attorney for the yacht and as a Russian citizen it is legal to sail in Russia under a foreign flag.
Text by: Anastasiya Tyagar

The opening of the long-awaited shipping season began with a conference in the restaurant «Parokhod» at the International Moscow Yachting Port. During the winter a lot of changes in legislation took place. Their legal nuances were disclosed by invited representatives of state structures.

Moscow Around the World instead of 7 and 8 locks.

This year, the rules for passage of sluices by small ships have been changed. Now there is no need to go to the FGBU Moscow» «Channel with a full package of documents.

According to the gateway rules it is enough to submit an application by phone for one and a half hours.

The procedure was in force last year, but the process of passing faster from this has not become. Transition from 1 to 6 sluices took almost the whole day - from morning until early morning. According to the rules, first passenger ships are launched, then cargo ships and last but not least small ones.

In the Moscow pool they accept round-the-clock, but the best time for passage of sluices by small-size ships remains 7 am.

It is possible that soon the Moscow pool will switch over to daytime lock only.

«The Ministry of Transport has a project to switch to daytime sluice use», - explained Vladimir Shturmin, first deputy head of the FSBU «Channel named after Moscow». 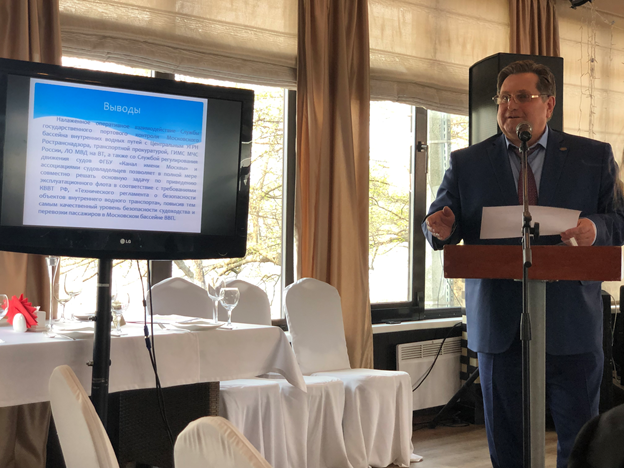 The hottest question - about 7 and 8 sluices - is still without specifics. The promise to launch the gateways in June at the conference sounded, but with great uncertainty in the voice.

«The head said - it means there will be -»this is the answer Vladimir Shturmin gave.

In the meantime, those wishing to move the yacht from the north to the south of Moscow are invited to make the «Moscow round-the-world».

The length of such crossing is over 1800 km. 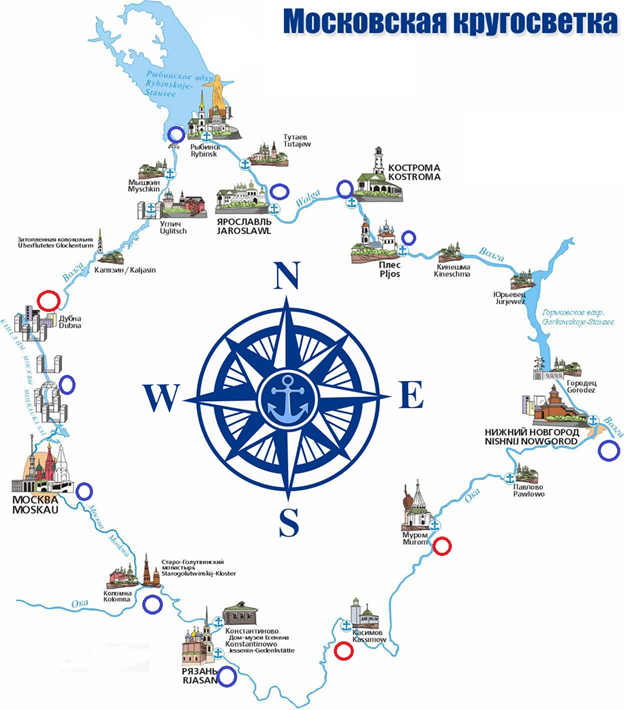 Plus, there are some obstacles. Rybinskoe reservoir, for example, not every class of ships can cope on their own. The wave height on the artificial lake reaches 2-2.5 meters, and the excitement arises very quickly. 22 boats, which at the beginning of the season already need to get to the south of Moscow, have planned a joint passage. They will be specially escorted in dangerous areas.

In the next few years, Moscow sluices will be restored - about 20 billion rubles has been allocated for this until 2024 - but there are no plans to close other sluices due to restoration.

Are there fewer violations and more fines?

It was noted that the awareness and literacy of shipowners has increased in comparison with 20 years ago. It became clear that the water does not forgive mistakes, which was undoubtedly influenced by the extended powers of the SMI staff. 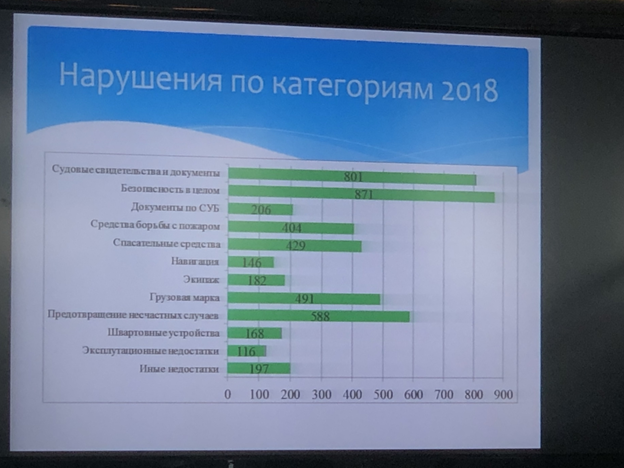 In spite of the fact that the statistics of fines has improved in comparison with previous years, the bill No. 547297-7 on their tenfold increase is in the second reading in the State Duma.

If it is accepted, for absence of registration of a vessel it is necessary to pay 15-20 thousand roubles.

And vessel management without rights will cost 10-15 thousand roubles.

While everyone is waiting for a decision on the bill, it is better to repeat the new rules of navigation on inland waterways, which came into force on January 19, 2018.

«You don't have any»evidence, or when a copy doesn't count

SMI was represented at the conference by Sergey Zotov, Senior State Inspector for Moscow Region. He recommended the owners of the parking lots to pay attention to the original ship's ticket.

«There is a practice when the owner removes the vessel from the registration and presents a certified copy for parking registration. And then a check»comes to the club, - explained Sergey Yurievich. 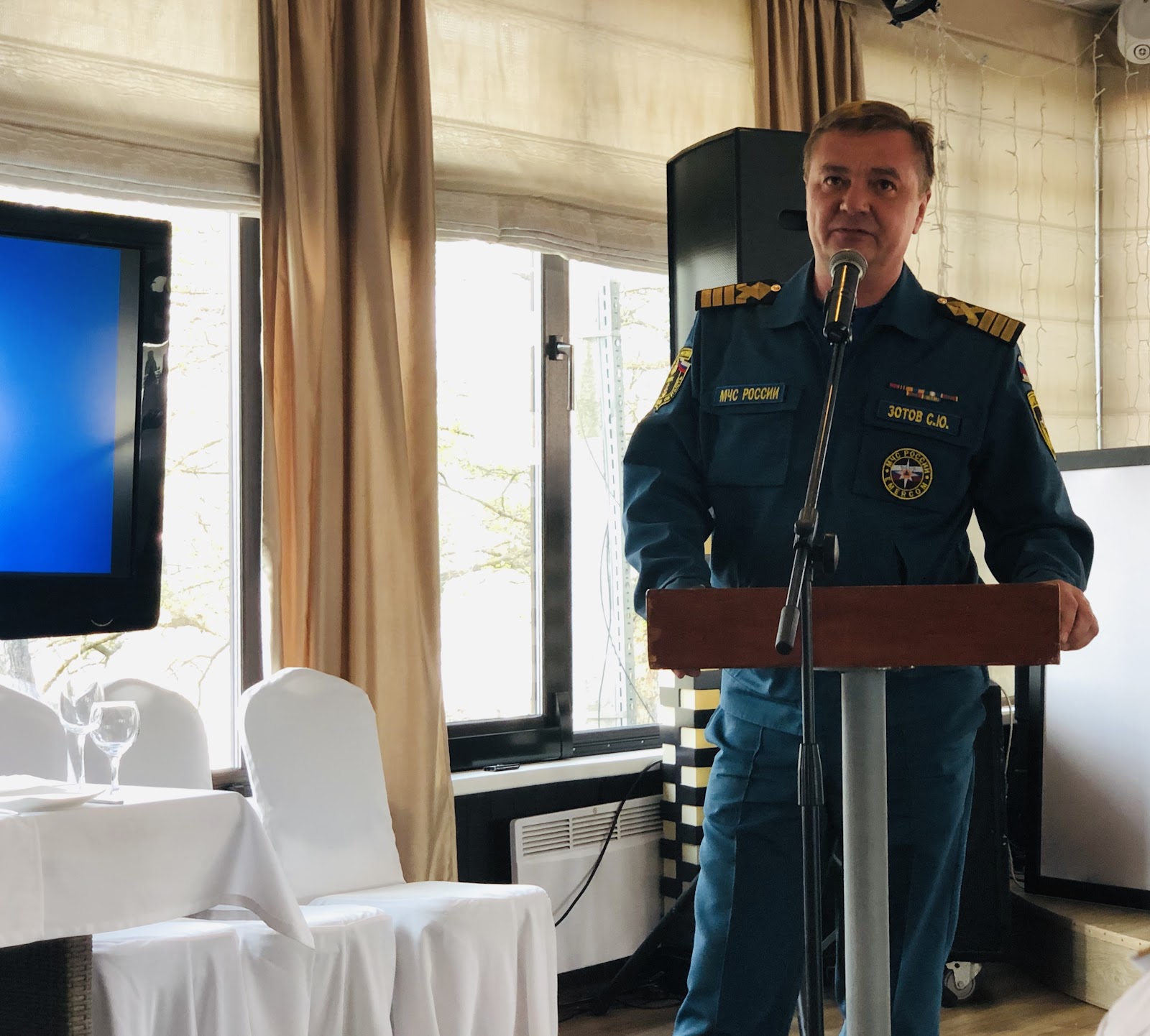 Skippers be careful when managing someone else's yacht. Power of attorney for management must be notarized. A handwritten power of attorney, or, moreover, its complete absence, may not be able to arrange for an inspector during the inspection.

According to Article 130 of the Civil Code, the yacht is a real property (no matter how strange it sounds) and it is subject to the same rules as housing.

A power of attorney certified by a third party, such as a yacht club, is not accepted.

In practice in 2018 in the Moscow basin they were loyal to the handwritten power of attorney. However, to avoid loss of time it is better to have on board a notarized document with the specified list of admissible actions.

«A copy of the ship's ticket should also be certified either by a notary or a subdivision of the State Maritime Inspectorate. Specifically, the subdivision where the ship»was registered, - explained Sergey Zotov.

Cancellation of duties on import of foreign yachts: some nuances

The main news of this winter was another New Year's present. Mikhail Kulik, lawyer of international law, told about the abolition of the collateral value of temporarily imported foreign flag vessels.

Of course, few people were eager to part with the sum of almost half of the boat's cost for a long time. And this greatly reduced the number of visits to our country by foreign-flagged vessels.

Since January, 30th, 2019 this procedure is cancelled. We are talking about vessels under the flag. A vessel without a flag is considered a commodity imported for sale.

The vessel may be operated by a foreigner (declarant) by proxy. If there is a Russian citizen behind the steering wheel, it is worth considering some subtleties.

A Russian citizen cannot import his property. Only a foreigner's vessel on the basis of a charter contract.

The main thing to remember is that a Russian has the right to operate the ship only if he has a GIMS certificate.

We will either have to get blue crust in advance or invite a local captain to manage the yacht on the territory of Russia.

Water use at auction and without

Oleksandr Tereshchenko from the Department of Water Resources spoke about the procedure of providing water bodies for use.

Amendments to the law excluded free water use, which was practiced earlier.

As of today, provision of water objects for use is carried out following the results of an auction or by decision of regulatory authorities with signing of the respective agreement.

A privileged category of citizens is entitled to receive a water object for use without an auction. Also, without an auction, water bodies under the contract are available for organization of beach, physical training and sports, health-improving activities, sanatorium and transport purposes, operation of berthing facilities. Conclusion of the contract without an auction requires the ownership of an adjacent land plot, while for the participants of the auction is not necessary to have a land plot.

«It is also worth remembering Article 6 of the Water Code and unhindered access of citizens to public water bodies»," Tereshchenko said.

However, practice shows that having a good lawyer and knowing the codes of the Russian Federation solves this nuance if necessary.

Who and how now keeps records of pontoons

The procedure for registering floating objects has been changed recently. If pontoons used to be registered with the State Inspectorate for Migration, now this procedure is under the jurisdiction of the Moscow Canal«.

For object registration it is necessary to obtain the certificate of its compliance with the requirements of the Russian River Register after withdrawal from the register by the Inspectorate of State Maritime Administration.

And after that apply with the package of documents to the registration department of the Moscow» Channel «for registration of the floating object.

Thank you for subscribing to our newsletter!

The guide is available in English, Russian and Finnish

Deposit on the purchase agreement. Where is the catch?

Over the past 10 years, a dozen yacht clubs have» closed in the Russian «maritime capital.

We look at the examples of yachts by Boris Berezovsky and Kirill Pisarev, how legal disputes between a broker and a seller are resolved.

The Seychelles have changed the rules for chartering yachts.

Foreign owners will not be able to rent out their boats.

Database of company owners will be made public by January 2023.

As in the «sea capital of Russia», the only yacht club in operation is shared.

In St. Petersburg, bailiffs cut the gangways to the pontoons «of the Trade Unions»' River Yacht Club, the largest in European Russia.

Waterways have been open to ship traffic in the Northern Capital since June 28.

We use cookies.  Read more?
OK
A letter with instructions was sent to the address you provided.