All
France
Germany
Poland
US
Italy

The brand Allures produces aluminum Sailing Yachts and sailing Cruisers with Mediterranean Cockpit. There are 4 models from 12 to 16 meters.

The brand Alubat produces aluminum Sailing Yachts and sailing Cruisers with Mediterranean Cockpit. There are 10 models from 11 to 23 meters in the current model range from 3 lines: Cigale, Ovni and OvniCat.

The brand Catana produces sailing Cruising Catamarans and Trimarans. There are 5 models from 12 to 21 meters.

The brand Discovery produces luxury Cruising Yachts and sailing Yachts with Central or Protected Cockpit. There are 11 models from 12 to 21 meters.

The brand Garcia produces aluminum Sailing Yachts and yachts with Deck Saloon. There are 5 models from 13 to 20 meters in the current model range from 3 lines: Catamarans, Motor Yachts and Sailboats.

The brand Gunboat produces sailing Cruising Catamarans and Trimarans. There are 3 models from 20 to 24 meters.

The brand Nautitech produces cruising Power Catamarans and sailing Cruising Catamarans and Trimarans. There are 6 models from 11 to 17 meters in the current model range from 2 lines: Motor and Sailing.

The brand Outremer produces sailing Cruising Catamarans and Trimarans. There are 7 models from 14 to 24 meters. 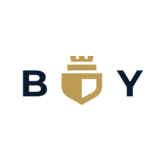 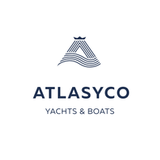 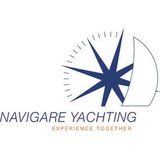 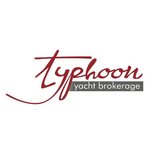 Sailing cruising catamarans are gaining in popularity. This trend can be observed even at yacht shows, where the multihull sections are growing every year. In France, where top manufacturers of multihulls come from, a separate show dedicated only to catamarans has been held.

Above all, sailing cruising catamarans have a lot of living space. These boats are real apartments on the water. Another advantage of the catamarans is that they have separate master suites and guest cabins. One hull can be fully devoted to the owner, while the other can accommodate guest cabins or children’s cabins.

Catamarans have great stability, and it is difficult to turn them over. Theoretically, though, it is possible to turn it over if the boat is strongly broaching and nose-diving. It is easier to take pitch and roll in one's stride on board a catamaran than a monohull.

However, one has to pay for the large lounge areas and comfort – the price of a catamaran is higher than that of a monohull of the same length. The price of a berth is also higher, and it is difficult, sometimes, to find the berth due to the size of the vessel. Besides, it is practically impossible to sail the catamaran close to the wind (tacking angle in stays is about 60 degrees, less is only on sports versions) – thus the majority of the time, it is necessary to go under the engine.

It makes sense to buy these boats if one plans to cruise most of the time in relatively sheltered waters such as between islands. Cruising catamarans are also a good choice if one is planning to live on a yacht for a long time. It's a good option for a family with children.

Rugged hull that can survive grounding and storm

We use cookies.  Read more?
OK
A letter with instructions was sent to the address you provided.